View From My Window – Mr. Fix It 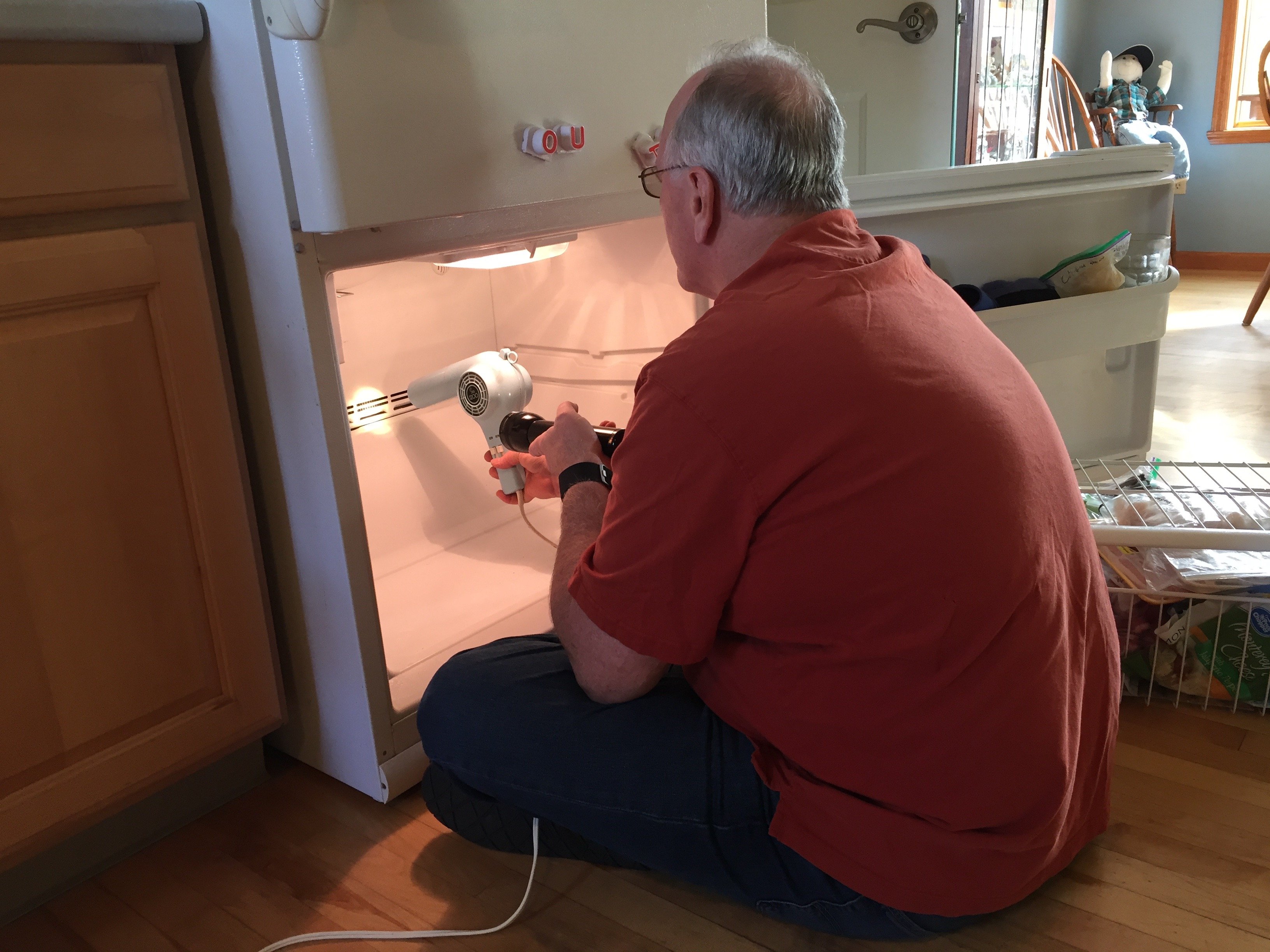 I love this guy! He is my Mr. Fix it. It doesn’t seem to matter what goes wrong on our little farm, he can fix it or has a better solution.

This time it was the refrigerator. We both noticed the food didn’t seem as cold as it should be. Dean investigated and found that there was something wrong with the defroster in the freezer and it wasn’t blowing cold air up to the fridge.  He was able to fix it by using a hairdryer and defrosting the blocked vents in the freezer.

We decided to see how long that would solve the problem. I was a bit more optimistic than Dean. He was right, it only fixed it for a week. Again Dean defrosted the freezer, this time it only lasted a few days. We decided to buy a new one since the refrigerator was already ten years old and the parts needed were expensive.  Dean also decided he had enough to do without adding refrigerator repair man to his list.

The new fridge was ordered but not coming for another week, they weren’t delivering to our neck of the woods until next Friday. On Tuesday I texted him at work to let him know the fridge was warm again. So he gets home from his day job and here he is on the floor again. He turns the fridge off, takes all the frozen food out and starts defrosting again without complaint, seemingly perfectly content and happy. Hopefully this will do it until the replacement comes. Did I say I love this guy? Yeah I do!